Home About Our Story

Nestled in rolling Lincolnshire and Rutland countryside, Easton has been owned and managed by the Cholmeley family since 1561. Today, the natural world around us inspires new ideas and ambitions, all rooted in our collective heritage.

Twenty years ago, our instinct told us there was more to Easton than met the eye. Our passion for nature and innate curiosity revealed it to be true.

From stone enclosures around a mediaeval manor house, to the melon pits, bedding and borders of the Victorian era, Easton Hall’s gardens evolved over the centuries but after the ravages and impact of two world wars, the wild had its way. Sycamore, elder, blackberry bushes and ragwort took over and grew in abundance – the whole site enveloped and any traces of the gardens hidden from view. 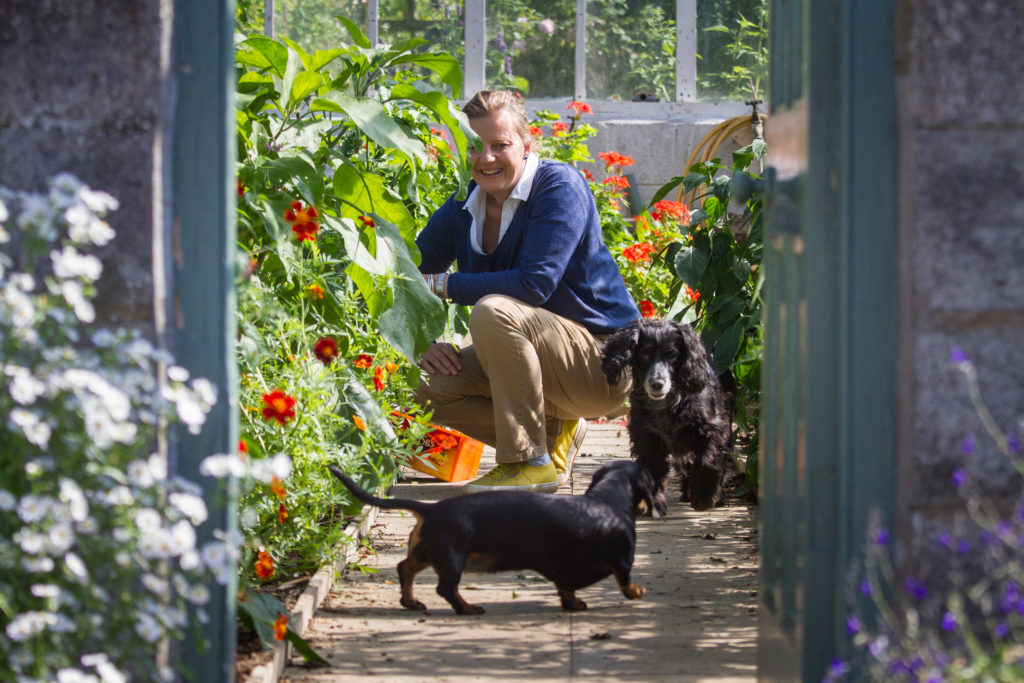 For years it stood untended and impenetrable. Most saw a sprawling knot of branches and thorns too unwieldy to do battle with. Ursula Cholmeley saw an invitation.

Drawing on a shared knowledge of gardening, love of a challenge, eagerness to grow, and influences near and far, Ursula and the Easton team of gardeners got stuck in.

Ferocious brambles were tamed to allow for yew tunnels, rose gardens, borders, shrubberies, meadows and more. As the gardens grew, so too did the possibilities.

Decades later, and through endless hard work and discovery, we’re proud of where our imaginations have taken us. Today Easton Walled Gardens has been nurtured back to life, a place that sings with the seasons for everyone to enjoy.

The sanctuary and atmosphere of the valley are a daily inspiration, whether we’re organising the annual autumn country market, curating collections for our shop, replanting our orchards or harvesting our renowned sweet pea seeds.

A member of the Cholmeley family is involved with every aspect of life here. You might find us unearthing wrought iron gates as we renovate our holiday cottages, training new varieties of fruit trees up the south-facing stones of our orchard walls, or delivering delectable baked treats to serve up in the Applestore tearoom. The Easton Estate is part of who we are, and we’re all dedicated to ensuring it thrives, for years to come.

Down the lane, through the gate, beyond the wall. And breathe.

Want to join the team?

Read Work With Us